What is next in your startup?

Craft beer is on the rise and while MillerCoors may not yet be shaking in their diamond-encrusted boots, there’s no denying the impressive growth of the craft brewing industry over the past few years. Since craft breweries are as much startups as any new iPhone app, we took it upon ourselves to reach out to one up and coming brewery in Southern California with an entrepreneurial story all its own.

Family operated Iron Fist Brewing Company grew out of a passion for crafting beer as a hobby at home into a business all its own during the economic downturn of 2008. With a selection of brews whose names are as interesting as their flavors, Iron Fist is likely to have something to get your taste buds excited.

We sat down with Iron Fist owner and literal mother of the brewery Eve Sieminski, who shared the surprising journey that led her family into the business of making beer.

What is the backstory behind Iron Fist Brewing Co?

My husband is from Poland, and of course loves beer, and when we were on a family trip to Europe one summer our boys, who were at that time 16 and 18, could legally drink beer. They loved it and when they got home they started home brewing.

They brewed for a couple of years and the stuff was really good. People started to take notice of it and were even willing to buy it from us. We jokingly said we should start our own brewery. At the time my husband and myself had two very successful businesses running and we thought it wasn’t the right time.

When the economy tanked our businesses also tanked and we had a little bit of money that we could use so we decided to make the jump. The only way we were going to feel successful is if we have a business that we all love, that we can work in together and grow so we decided to start a brewery.

Who in your family created the unique beers?

My younger son Brandon. These are all his recipes. He has an incredible palette and purchased the syllabus from UC Davis on brewing. He has a photographic memory so he was able to comprehend it all really well. We started seriously planning it in 2009 and then by October 2010 we opened our doors.

Brandon had turned 21 that May and is pretty close to being the youngest brewmaster in the United States.

Do you believe the growing craft beer movement will one day take on beer giants like Anheuser-Busch?

Anything is possible in this world. Each year the craft beer business is steadily growing. I know every year it moves just a little bit further. You have these microbreweries popping up all over, so I do think we’re gaining on them, but it’s going to be a little while. I don’t know how or if or when that may ever happen, but we’re definitely gaining on them.

People in general are just becoming so much more educated when it comes to beer. When I was growing up and started drinking myself you didn’t think about beer; it was just Bud or Coors or whatever. Now when you go into pretty much any place, especially here in Southern California, you have a choice of 20 or 30 different craft beers.

What is your most popular beer?

We usually have between 9 and 12 beers on tap. I think we have about 8 bottled beers right now. As far as distribution goes the most popular beer is our Renegade Blonde. It’s a Kölsch Style Ale and that just drinks so easy. It is a craft beer, so even if you really like the lighter type beers you’re going to love that beer. It’s kind of our gateway beer.

In bottles our Dubbel Fisted is hugely popular, and now we have a new one that’s really gaining, our Uprising; that’s a Belgian Trippel that’s been dry hopped. There’s really nothing like it that you can find pretty much anywhere. That one’s super popular now too, and that’s a heavy beer at 12 percent.

How do you come up with the names for your beers?

That’s hard. That’s probably one of the most difficult aspects I think that we have, to try and find a name that will suit Iron Fist and keep that theme going, that hasn’t already been taken, and is not offensive to anybody. It takes a lot of collaboration: everybody works on it. One time with our Dubbel Fisted I threw it out onto Twitter and someone came up with that. We just use any means possible to try and find something that’s cool and catchy and fits with the theme.

What has been your biggest challenge so far?

There are many. Money is still a challenge because we’re brand new. Every dime that we’re making we’re reinvesting it into our company. That’s pretty challenging especially with banks being very wary of startups and new businesses.

The consistency of the product is another challenge. We have to make sure that the quality is the same and it tastes the same with every batch. You don’t want to have a beer called Dubbel Fisted where one time it tastes one way and the next time it’s lighter or darker.

What advice would you give anyone looking to start their own brewery?

You’re crazy! What is the saying? “If you want to make a million dollars in the brewing industry start out with two million.” It’s a fun business but it’s work. People come in, they see people having a good time in the tasting room, and they say they want to do this. It’s going to be double the money you think it’s going to be and ten times the work. You really just have to be dedicated to it and be prepared to give it a lot of time and work.

What’s next for Iron Fist?

Our goal is to expand our distribution; that’s really what we’re focusing on right now. Our taste group is pretty much at capacity so what we want to do to grow our brand is to take it to different states. Currently we’re in Ohio and Pennsylvania, and right now we’re growing Hawaii, Maryland, Delaware, Washington D.C., and North Carolina. Those are up next for us. The goal is obviously to be nationwide eventually but we don’t want to do that too fast. We’re trying to keep it controlled. We’re purchasing new equipment so that can happen at a decent pace but not too quickly. 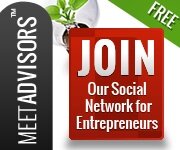