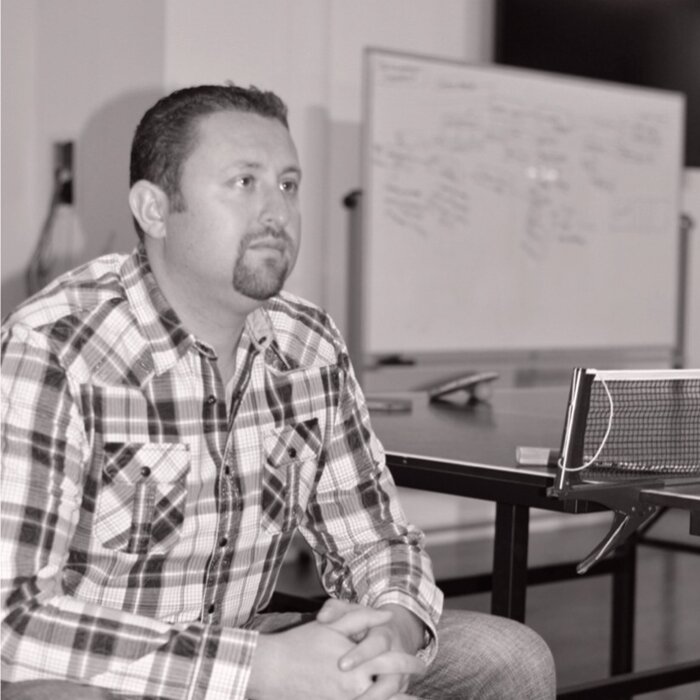 A lost and found service for the internet age, Found in Town provides an anonymous online platform paired with real world ID tags to help individuals reconnect with their lost possessions.

The service works by linking a physical tag, attached to a valuable such as keys or a cell phone, with a user’s Found in Town account online. If the user misplaces the item and an upstanding citizen happens to come across it, the finder can contact that Found in Town user by entering its FiT code into the website.

The service was created by Zach Haller, who decided there was a need for a universal lost and found platform after losing his keys in 2009. Haller is a fellow in the Chicago Startup Leadership Program and currently runs his company out of the 1871 coworking space at Merchandise Mart.

We sat down with Haller to discuss Found in Town’s origins as a project for his community and the multitude of directions the company can take as it focuses on brand partnerships in 2013.

What’s the story behind Found in Town?

I thought of it a couple of years ago in the summer -- July 2009. I had just lost my keys and I was kind of indignant that there was no online lost and found service that could help me. Since everything is online it was kind of a weird conundrum.

There are Craigslist posts, and there are other ways to post something that you’ve lost but there’s no real unified system. Between the internet and police departments and lost and founds at individual businesses there are all these places to look if you’ve lost something.

I just started really putting a lot of thought into how we can use the internet to connect everyone in the attempt to help facilitate the return of lost items to their owners. It started by thinking about how to identify an item as an individual’s.

I didn’t want to put personal contact information on any phone or keys, because then the person could follow you back to your house and use the keys or phone to harm the individual. I thought of the idea of using this anonymous online database. You just get an ID number that’s tied to your email address anonymously.

The ID number goes on your personal belonging, along with the Found in Town website. The person who finds it can use the ID number at FoundinTown.com and send an anonymous one-way message to the owner.

It’s just a way to get a hold of the person who owns the item, but doing it in an anonymous way and a universal way that everyone can use. There’s no geographic limitation. You can’t only use it in Chicago, you can’t only use it in Lakeview. It doesn’t have to be run by a business. It kind of uses the internet as this really open community for everyone who has lost something or anyone who has found something.

When did you know you wanted to be an entrepreneur?

I really just love Lakeview and I love my community. I’ve been teaching fitness classes there and I’ve been living there for six years. I really kind of initially just thought of it as a project as a way to give back to the community and a way to create a little bit more of a bond from human to human since everything is going online nowadays.

I don’t think that the inspiration was really wanting to start a business, although the most practical way to create this was to structure it as a business. The most logical and high potential way to get this out to people in huge blankets and to mass audiences is to create it as a freebie -- a promotional product so there’s no barriers for any individual to get it. It’s free so everyone who wants it can use it because no one’s immune to losing a valuable. I didn’t want there to be any limitation.

It became a promotional product because then it allowed brands that have these marketing budgets and are interested in expressing some nice positive brand values and sentiments of community spirit and kind of show the personal side of the brand, which is a challenge for brands these days in the world of online marketing and adwords and the ads that are inundating us. It just of a logical fit for the way that this all came together.

The word entrepreneur still doesn’t really resonate with who I am because I’ve always been a person who just likes to take on creative projects.

Have you seen any interesting items turn up through your service?

Everything that’s been found has been kind of ordinary. Mostly credit cards, phones, and keys; we don’t have any pets or anything really creative.

The things that have been found are life savers for people. Getting your phone returned obviously saves you tons of money, and all the personal information on a phone is maybe even more concerning to lose than the actual physical phone itself. Sets of keys that relieve people from having to change their locks and coordinate with their roommates in unfortunate situations.

There really hasn’t been anything too out of the ordinary, but it’s definitely been achieving the goal of what it’s for.

If you sold your company today for $10 million, what is the very first thing you’d do with the money?

I would probably hop on a plane with all of my closest friends and tool around the world and see what’s out there. If I had all the funds, it’d probably be just seeing the world and taking it all in with my friends.

How do you like to unwind from a hectic day?

The most important thing to me is exercise. Like I mentioned before, I teach fitness classes. I enjoy running, biking, swimming, dancing, basically anything sports. I’m very active so that’s kind of my way to check out and just focus on the workout and enjoy the feeling that endorphins and exercise bring. That’s my number one stress relief.

In terms of evenings when I need to slow my brain down and really chill I rely on music. I’m a huge music fanatic so I have quite an expansive library. I’ll put on some really relaxing music to help me chill out and let my brain slow down.

What’s next for Found in Town?

I’m shooting for the stars here but that’s why you pursue your dreams. I don’t know exactly the way that’s going to work -- there are a lot of ways this company can succeed, and that’s been one of the most motivating factors is that there are so many different industries that this could work very well in, between sporting events, insurance, hotels, travel, collegiate associations. There’s just an extremely wide array of different verticals that this could be very successful in and could reach out to people in big cities and in small cities all over the United States and beyond.

I don’t really know exactly how the pieces are going to fall in terms of building out the network and bringing in brands that want to get this distributed on a massive scale because there are so many different opportunities, but I’m excited to see what catches fire first and where the growth happens and how it disseminates from there.